What happened to the markets in March?

We await our March figure every year with heightened interest! It’s the last month of summer (OK, technically it’s not, but it is the culmination of all the summer activity. We break records in March, we normally don’t see these results again until the Spring).

At $3.7billion, it’s hard not to be satisfied! Slightly higher than March 2015. The lack of stock in NSW hampered their results even though offices such as Double Bay produced its best ever result of $128million.

Ray White in New Zealand had a personal best month, as in Australia, their upmarket activity was the feature (Remuera in upmarket Auckland achieved a group best result for NZ of $85million).

Another strong market was Victoria, with their best March result. Recent publicity about faltering values of units in Central Melbourne had not been reflected by the continuing strength of the housing market throughout the traditional areas of Melbourne. The Group’s commercial result of $267million nearly $100million ahead of March last year. Whilst there has been some softening in the development site market, the investment markets remains as strong as ever. The sale of the Crowne Plaza Terrigal for $70million by Andrew Jolliffe, our Asia Pacific Director for Ray White Hotels was an outstanding result and positions the group as an active participant in the hotel accommodation market.

At Loan Market we saw over $1billion in lodgements and around $570million in settlements. Victoria, NSW and Queensland were all competing for the highest volume, with $165million, $159million and $154million achieved respectively. 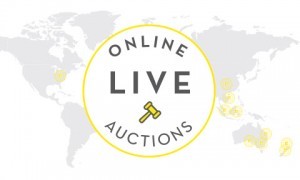 Our Raise More Hands campaign was completed in March. We are thrilled with the success of the campaign which saw over 1,000 properties go to auction between 10 and 24 March. Harnessing the collective power of our big network brought some surprising results with some excellent enquiry from far distant locations to individual properties. The increasing take up of our ‘live online auctions’ fit in perfectly with the broader geographic interest in different properties. Could it be that the community will become more comfortable bidding remotely for individual properties, thus enhancing vendor experience? (One amazing experience with this was a bidder placing bids from a helicopter for one particular property!) 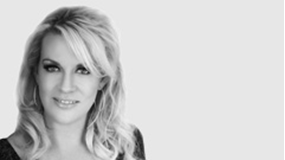 We mentioned above, a personal best sales result for New Zealand. What progress has our business achieved! For the first time we are now the major advertiser in the NZ Herald – the showcase for Auckland property. Their recent recognition night was spectacular, Remuera again the leading office. Heather Walton, a relatively new business leader to the group, achieved the accolade of supreme sales performer from the new office of Epsom in Auckland.

Our Indonesian Group had it’s annual awards night in Jakarta. It’s been a tough year reflecting the broader Indonesian economy but there’s still new offices opening: take a look at the clip below from our newest office in Jakarta.