Dan White on the results, news and events for July and looking forward to the month ahead.

July was the first month in many years in which we have witnessed reduced real estate sales activity right across Australia and New Zealand.

Overall, our sales results was $3.16b for the month, some 17% lower against July 2015. This can be put down to very low listing numbers (i.e. stock) – some of the lowest in a long time. Property prices and auction clearance rates remain strong. We have a low interest rate environment that most of us have never witnessed before. Stock numbers will surely be the key driver of whether sales activity returns to recent levels in the lead up to the traditionally active spring period.

Of course, the Australian Federal election did not help with a long two month campaign providing the traditional dampener on activity. A key component of the Australian election was on the issue of negative gearing that was being promoted by one of the parties. Fortunately, it seems that the election result has set aside the risk of this policy being introduced. Ray White is proud of the way the real estate industry mobilised itself to present a uniform viewpoint to the market. The closeness of the election suggests that the effort was well worthwhile.

In New Zealand, Auckland continues its strong run – particularly central Auckland – especially compared to its Australian counterparts. It seems likely that several of our central Auckland businesses will be at the forefront when the Group announces its prize winners in its 2016 awards nights.

Our commercial and projects team experienced a solid month with over $182 million of sales activity. After experiencing a bustling opening six months of the financial year, the market moved far more cautiously as developers responded to a changing finance market, and many investors tended to hold assets rather than sell in a low interest rate environment.

Throughout July, our partners at Loan Market lodged $977million and settled $673million. This month sees the annual Loan Market international conference held in the Hunter Valley.

Ray White Marine, at its first Sydney International Boat Show as the exclusive Distributor for luxury motor yacht manufacturer Ferretti Group, showcased some of the most impressive boats of the show and orchestrated a $4.3million sale on the first day.

In Australia, breakthrough news has come with the signing of the agreement for Ray White to list its new projects and key developments with Lianjia’s – China’s major real estate group.

“This integrates the Ray White Australia network into the real estate life of China in a far more effective way than anything that could be imagined,” said Dan White, Director of Ray White. “Already sales presentations of projects and developments in Australia to clients of Lianjia have been held in Shanghai and Beijing with immediate success,” he said.

Ray White’s account in WeChat, the dominant social media platform for Chinese speaking Australians, is now established. It connects our company and clients far more effectively with the Chinese community in Australia.

The Group was proud to present Harvard Business Professor Boris Groysberg to our key business owners, our corporate teams and clients of the firm to outstanding acclaim in early July. It was inspiring to hear the responses of so many business owners. Ray White’s Andrew Bell (Surfers Paradise) said this is singly the most valuable contribution by his franchisor in his long association with the company. In other growth news for the month, we announced in New Zealand that the market leading group in Wellington. – Leaders Real Estate – have agreed to join Ray White progressively from October this year. “This has been the standout real estate group in the New Zealand capital for decades,” said Mr Carey Smith CEO of Ray White New Zealand. “It’s a great joy to have them become part of the Ray White Group. The partnership will give us substantial strength in all three key markets in New Zealand and will reflect favourably on our total New Zealand position, which has been increasing steadily since our company’s introduction to the country more than 20 years ago.” Another achievement in the month came with the Ray White Victoria network listing more residential property in the month than any other real estate network. Domenic Belfiore, Ray White’s Victorian CEO, said he was delighted with the Group’s momentum in Victoria which is set to continue.

Of particular excitement is the joining of Helen Yan and her son Jason, opening a new office in Ray White Balwyn. Helen has been a great achiever and was a finalist in the 2016 REB salesperson of the year award, and rated the eighth most successful real estate agent in the country via REB’s top 100 rankings.

We also welcome Roxanne Paterson to our group, a young professional who has already had a remarkable career in real estate, who is now opening an office at Bracken Ridge, Queensland.

In South Australia, we are very excited to announce that Blake Scholz, Josh Gillespie and Robin Conroy will open Ray White Mitcham. 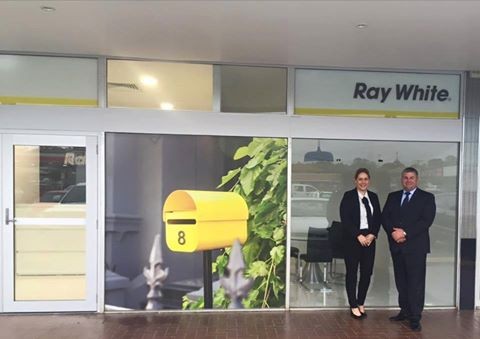